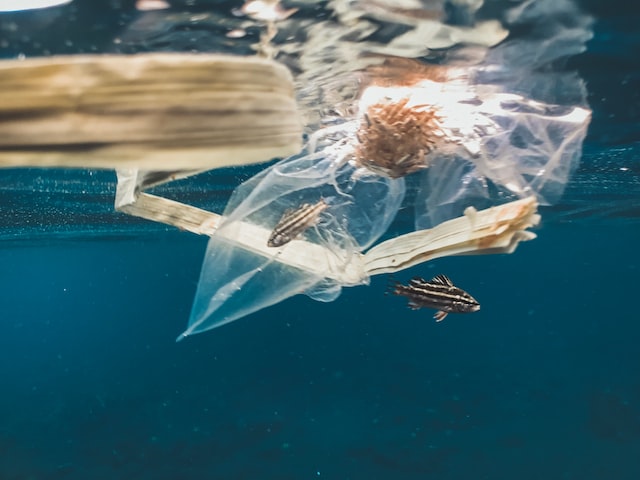 It was Sir David Attenborough’s TV programmes that first alerted most of us to the problem – marine plastic pollution.

Scientists estimate that perhaps 8m tonnes of plastic waste enters the ocean each year, discharged by rivers or shed from ships. Plenty stays close to shore. Some, though, is carried by currents to mid-ocean gyres.

The biggest of these is located halfway between California and Hawaii—and so littered with flotsam that it has been nicknamed the Great Pacific Garbage Patch.

A study found that it contains between 45,000 and 129,000 tonnes of plastic debris spread over an area roughly the size of Alaska.

The idea of sweeping it all up might sound fanciful. To Boyan Slat it seemed merely ambitious. What if, he wondered in 2012 (then aged 18), you could build a massive bow-shaped floating barrier, anchor it to the seabed and let currents shuffle the litter into the scoop? Despite his youthful age and madcap scheme, Mr Slat set up the Ocean Cleanup to put it into practice.

In 2018, €20m ($23m) and several prototypes later, the device set sail from San Francisco on September 8th, escorted by a Coast Guard vessel, a shipload of camera crews and a flotilla of curious boaters.

Mr Slat wants to deploy another 60 booms, measuring 1km or more. Corporate sponsors will foot the bill of €5m apiece for construction and three years’ operation, Mr Slat hopes. He already enjoys the backing of deep-pocketed endowments and of tycoons like Marc Benioff, founder of Salesforce, and Peter Thiel, a noted investor.

To clean an area of this size, a strategic and energy-efficient solution is required. The system is comprised of a long U-shaped barrier that guides the plastic into a retention zone at its far end

The floating systems are designed to capture plastics ranging from small pieces, just millimetres in size, up to large debris, including massive, discarded fishing nets (ghost nets), which can be tens of meters wide.

Modelling predicts they need around 10 full-size systems to clean up the Great Pacific Garbage Patch alone.
BUT after fleets of systems are deployed into every ocean gyre, combined with source reduction, The Ocean Cleanup projects to be able to remove 90% of floating ocean plastic by 2040.

Rivers are the arteries that carry waste from land to the ocean. Research found that 1000 rivers are responsible for roughly 80% of riverine pollution.

The Interceptor is The Ocean Cleanup’s answer for river plastic waste. It is the first scalable solution to prevent plastic from entering the world’s oceans from rivers. It is 100% solar-powered and extracts plastic autonomously.