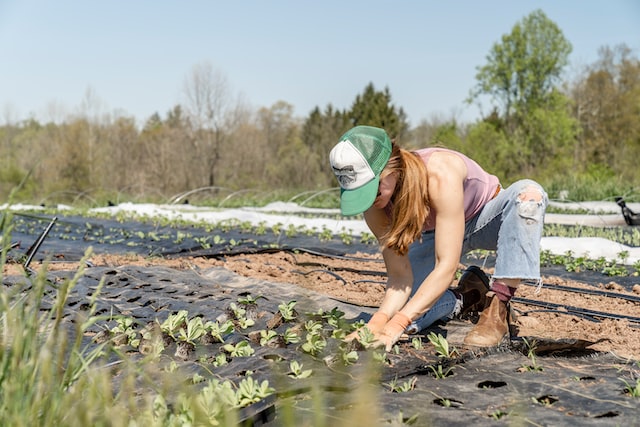 Is farming at an “end of history” point with only 60 harvests left in depleted soils, a call to end farming and the production of food in labs?

Regenerative farming is a recognition that many farming practices have been ‘degenerative” and there is a need to farm in a way that rebuilds the “biome”.

But proponents of Regen-Ag have arrived at similar conclusions in different ways. Alan Savory attempting to reverse the spread of desert in sub-Saharan Africa, Gabe Brown in North Dakota farming depleted post-Dust Bowl soils and Jamie Blackett farming on his estate in Dumfries and Galloway!

It has been estimated that increasing the carbon content of the world’s soils by four parts per thousand we can solve the climate crisis!

So how do we go about doing that!

Also, Regen-Ag enhances biodiversity by rebuilding the eco-system from the soil up so that the food chain relies on more insects and invertebrates.

In order to maintain fertile soils farming should deviate as little as possible from natural processes in the eco-system. The most important technique is creating a virtuous cycle by mimicking what happened before man interfered. Cattle grazing on and trampling vegetation and depositing saliva, urine and dung transferred plant matter into carbon in the soil which provides plant food underground. The plants grow and absorb CO2 and this balances the methane from the cows.

Cattle are moved daily to new pastures and parasite killing plants such as chicory help avoid worm build up and chemical wormer products. This is a gamechanger because a cow will create a fifth of its body weight in insects every year from its cow pats if not chemically wormed! That’s a lot of insects for others to feed on.

So, integrating livestock into all farming systems particularly arable ones is a key part of Regen-Ag. Another is avoiding ploughing land because this interferes with the complex biology of the rhizosphere or root zone on which soils fertility depends and it releases carbon from the soil! People who eat rice for environmental reasons are kidding themselves – rice paddies are large contributors to climate change. Not ploughing has another advantage because maintaining a green covering of “soil armour” prevents erosion too.

Regen-Ag encourages keeping living roots in the soil all year round to prevent leaching of nutrients by planting catch crops after harvest to feed cattle on over the winter. Nature abhors monocultures and plant diversity in crops leads to far greater yields with a knock on help to biodiversity.