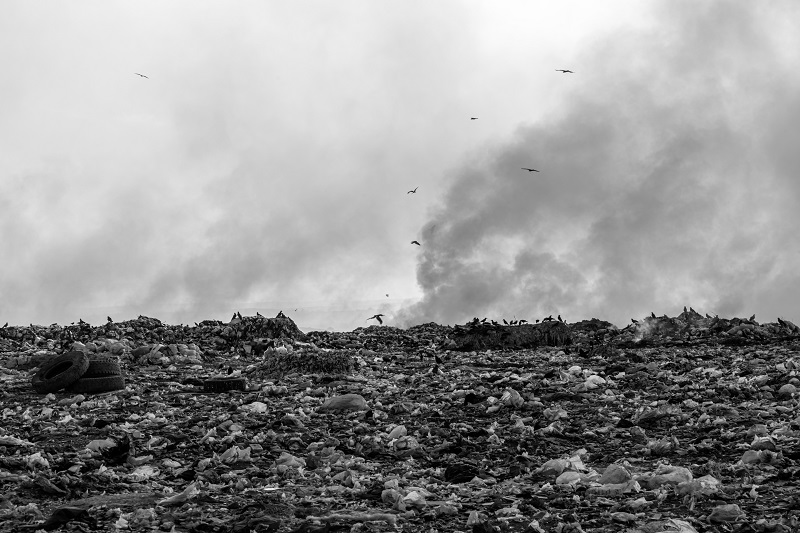 Methane (CH4) concentration in the atmosphere has reached an all-time high. It is over 1,900 ppb (parts per billion) in contrast to 700 ppb in pre-industrial times

Methane is released in much smaller quantities than CO2. Its concentration in the atmosphere is much smaller too. However, as a greenhouse gas, it is about 25 times as powerful. An estimated one fifth to one quarter of the present and predicted global temperature rise is due to methane emissions

Wetlands now seem to be responsible for the majority of methane emissions. These include tropical swamps in the Amazon, Nile and Congo basins; tundra in Russia and muskeg bogs in Canada. Wetlands emit roughly 200 million tonnes of methane a year. As temperatures rise, the tundra containing methane will decompose. They will therefore release more methane, causing temperature to rise even more.

The remaining 60% come from sources tied to human activity

Its estimated that over 100 million tonnes originate from the fossil fuel industry. Mainly through gas leaks, both from industrial sites and distribution pipes and from unintended releases from coal mines

What can we do?

We cannot stop natural wetland emissions. But we can reduce human-caused emissions, quickly.
In the short term, among the easiest sources to control are landfills. They can be covered with soil
Then, stop gas leaks, both at wells and in street pipes
Control emissions from biodigesters
End coal mining, or at least remove methane from coal mine ventilation
We can reduce how much agriculture contributes by our own dietary choices

A new satellite, Tropomi (TROPOspheric Monitoring Instrument), that monitors (for instance) methane leaks. In 2019 it discovered a major natural gas leak in Turkmenistan. In one year, 153,000 tonnes of methane were released. In climate impact terms as important as the emissions of one million motor cars.

Control all drilling sites and get countries on board that do not yet comply to these principles, like China, India, Russia, Qatar and Australia.

To a large extent, we can curb methane emissions. The main obstacle seems to be a lack of resolve to do so

Should we as individuals track the outcome of COP26 and hold our leaders to account?

PrevPreviousGood education is one of the basic human rights
NextWhat is the Biosphere economy and why is it important? Next
Forgot your password? Create New Account!